The perfect Holiday scent in a bottle! 🎅🎄 #a

Ezra’s nursery reveal 🤍 I had too much fun br

1st day of December calls for a comfies try on fro

Feeling merry 🌲and the teeth are bright this ye

style the bump dump 🤍 Outfits from the past 10 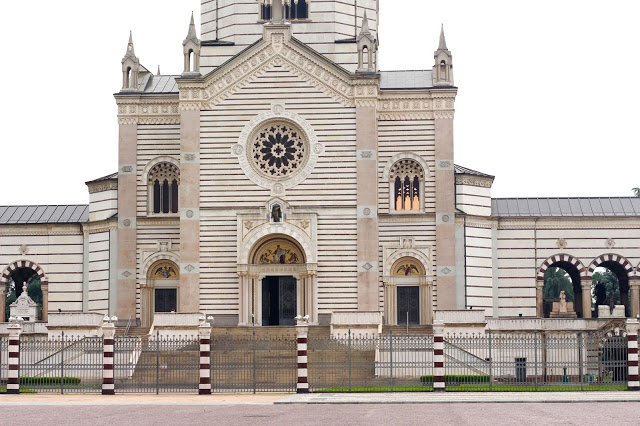 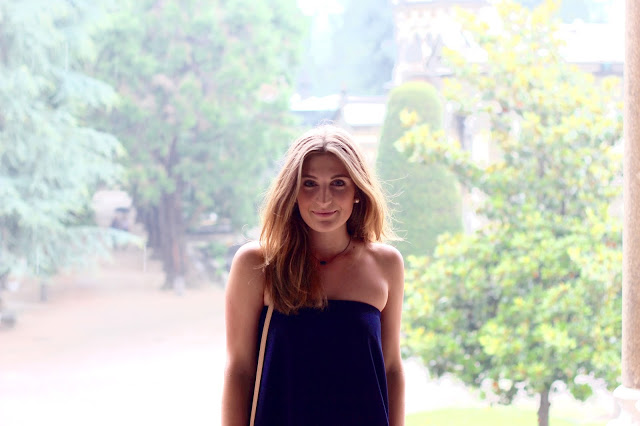 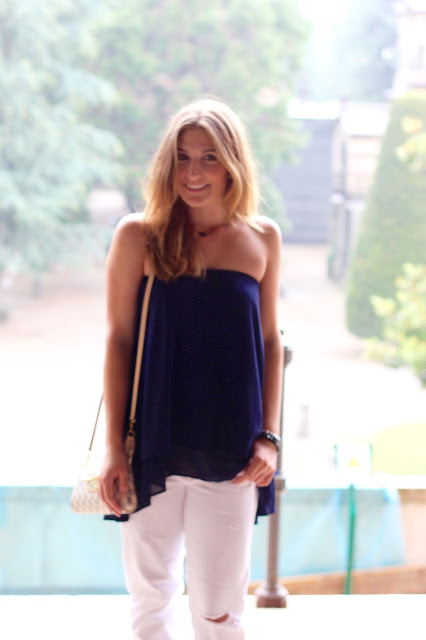 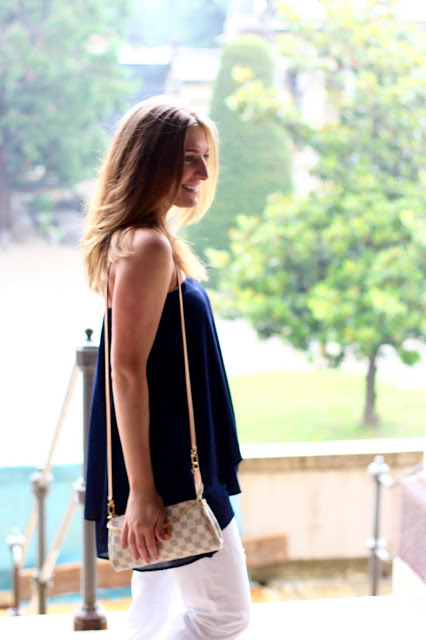 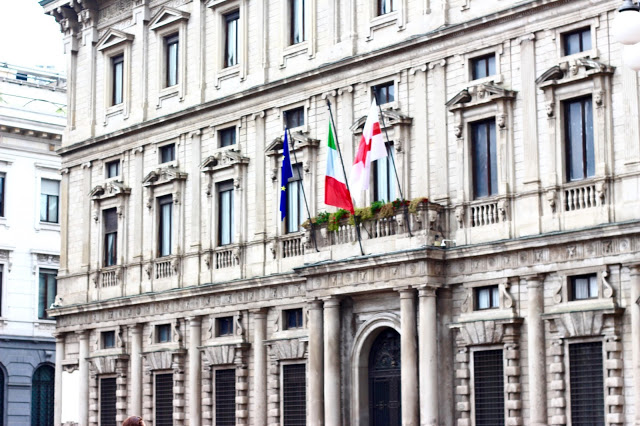 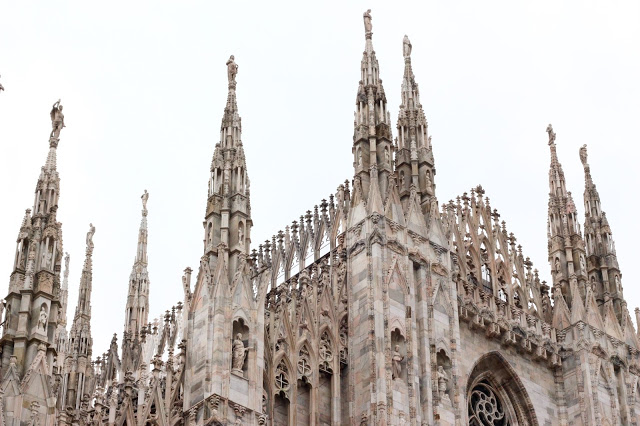 Top, Jeans
We started off our trip in  Milan, Italy for two days! The first day we got just about everything done in Milan. We started at The Cathedral of Milan, (the first photo) and toured through that before getting completely soaked. It started thunder storming and we were stuck inside for an hour. (though it was a pretty place to be stuck in) After that we made our way to another part where more of the fashion district is, and we walked miles and miles throughout the streets. We ended up at The Duomo, which is one of the largest cathedrals. (last photo) It was so incredibly stunning, the architecture and detail of it was beautiful. We wanted to tour inside… but they wouldn’t let us in because I was wearing a strapless top (it was so hot people) and everyone has to have their legs and arms covered. (future notice for y’all who ever visit!) But I got to view it from the outside. Later that night, I had researched about an area called The Navigli. It was on the opposite part of town but we road the bus to this cute little area. We ate an awesome Italian dinner and got to walk up and down this fun street that was filled with bars and little unique restaurants. I wore a strapless top that was loose, as well as some white boyfriend jeans and some sandals. Most people here wear pants and neutral colors so I didn’t feel too out of place with my outfit. It was also a great transition outfit from day to night! 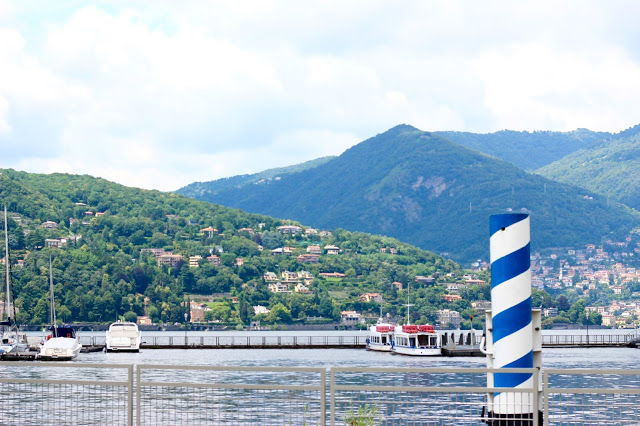 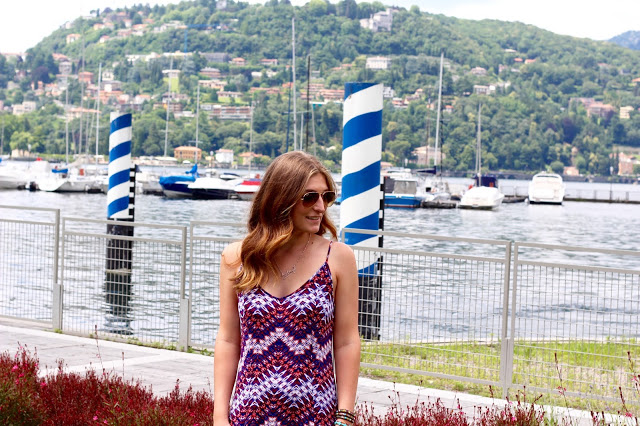 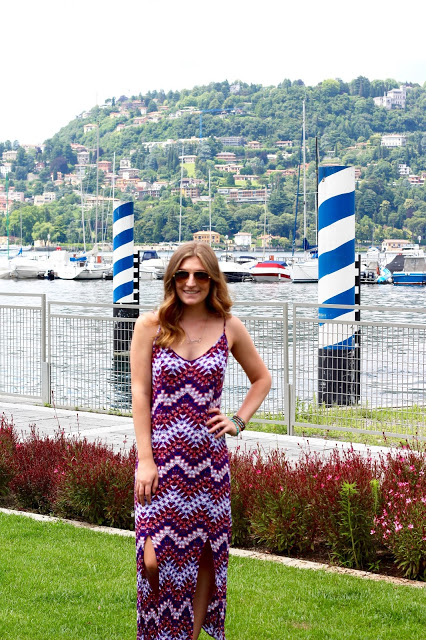 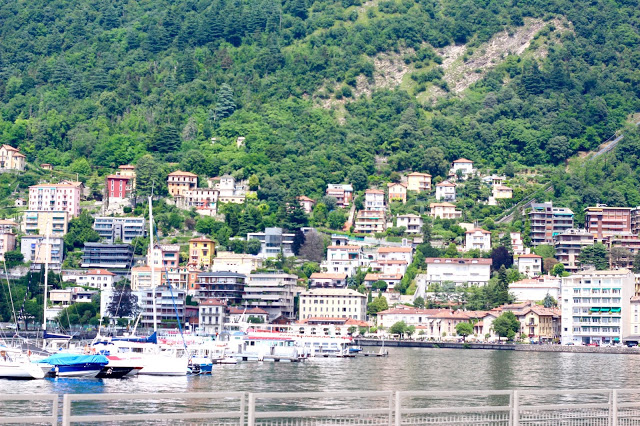 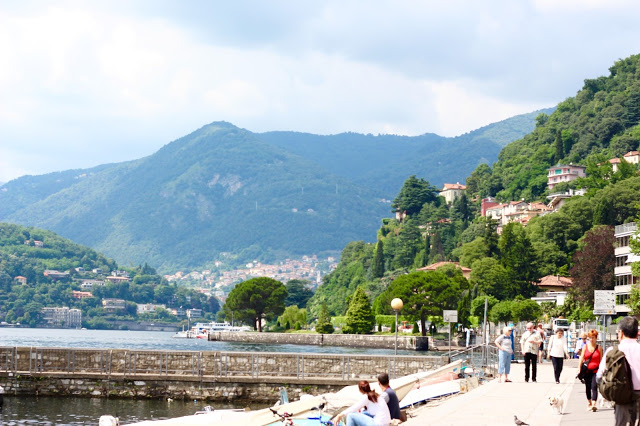 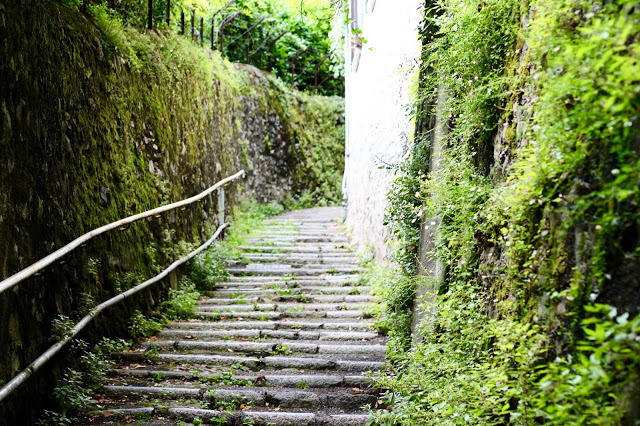 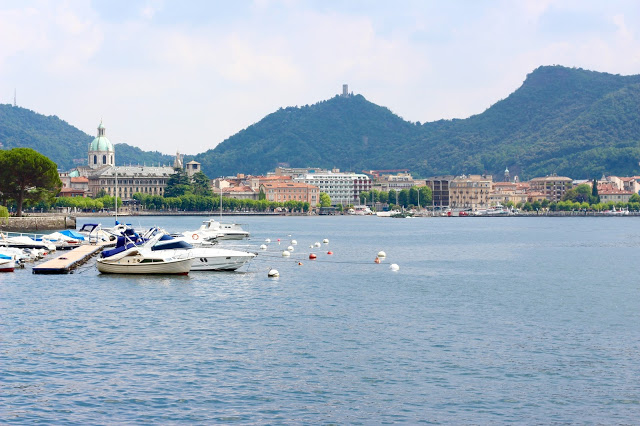 The next day… we realized Milan was actually pretty boring… It’s a city, nothing else. And we didn’t come here to shop which was all that was left to do. My dad said we could take a day trip to somewhere else our second day so I got on my phone and realized I had pinned a place in Italy on my travel board on Pinterest. Lucky enough, it was an hour train ride, so we went for it! This place is called Lake Como in Como, Italy. It.is.stunning. The lake is average but behind it are the beautiful Swiss Alps and old little homes that sit on top of it and on the side. There were small streets and cafes everywhere. This is what I actually pictured Italy like. Everyone was friendly and we walked around for the day, people watching and eating gelato. I am so glad we got to see this place. As far as Milan, I don’t see many special things about it, It’s like an older New York…. But so far, I’m seeing that most places here only need about a day of your time and then you’re bored. If you ever want to travel to Italy, I would stay in a hotel that’s pretty neutral to all the places you want to see, get a train pass and take little day trips to each one. I wore a fun little maxi dress that got me a lot of stares in Milan (like I said, they are fully clothed and in neutrals there) but once we got to Como I felt right at place because everyone was in their shorts and dresses, it was so dang hot out! I had a great time…Thanks for the memories Italy! Next stop: French Riviera, France 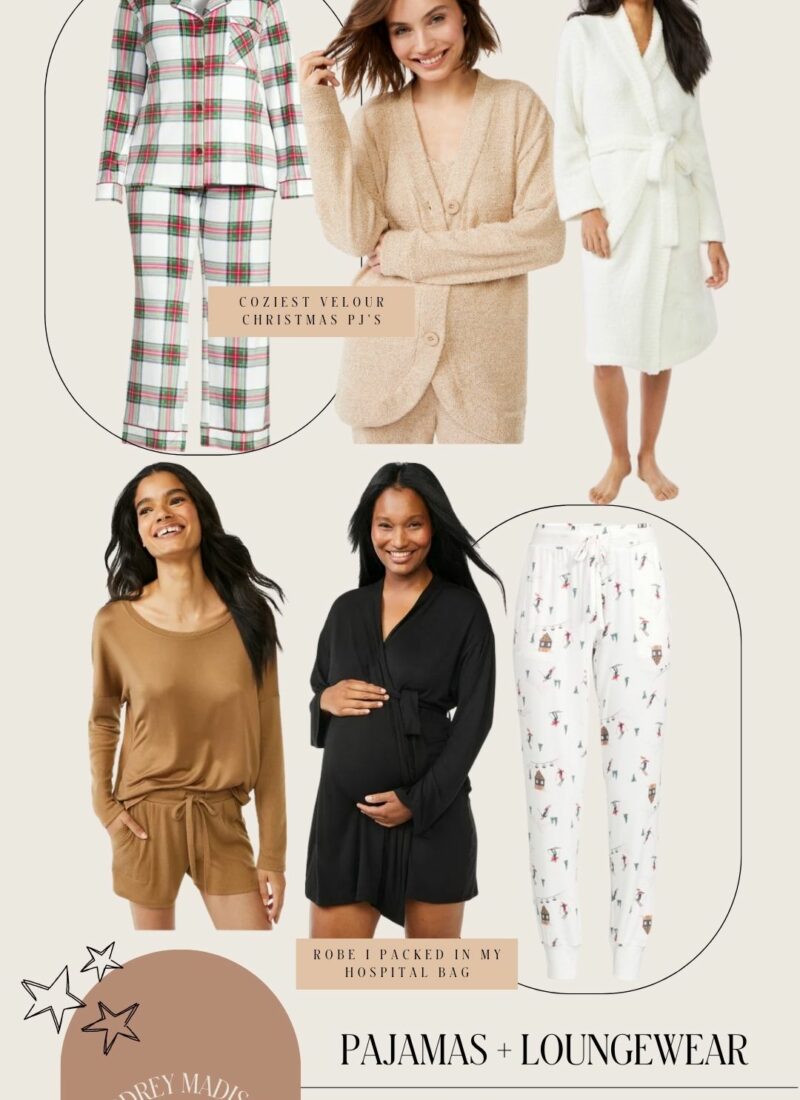 Comfy Items I’m Loving at Walmart From The Joyspun Line 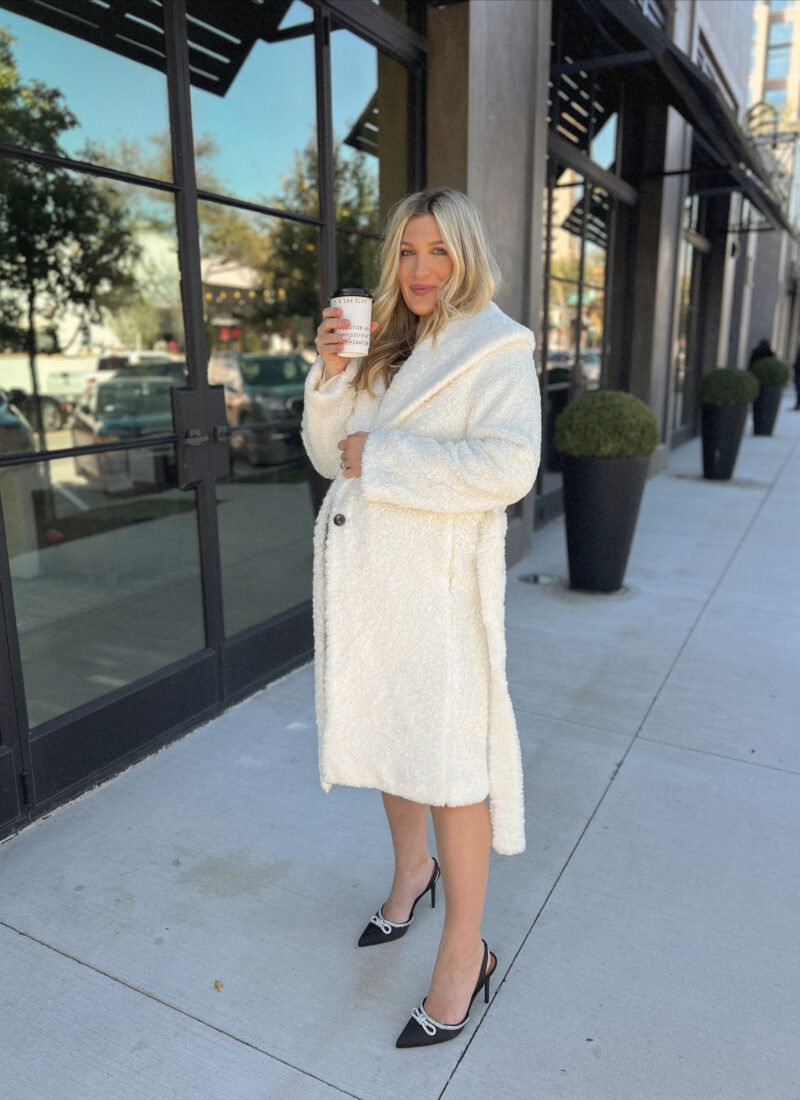 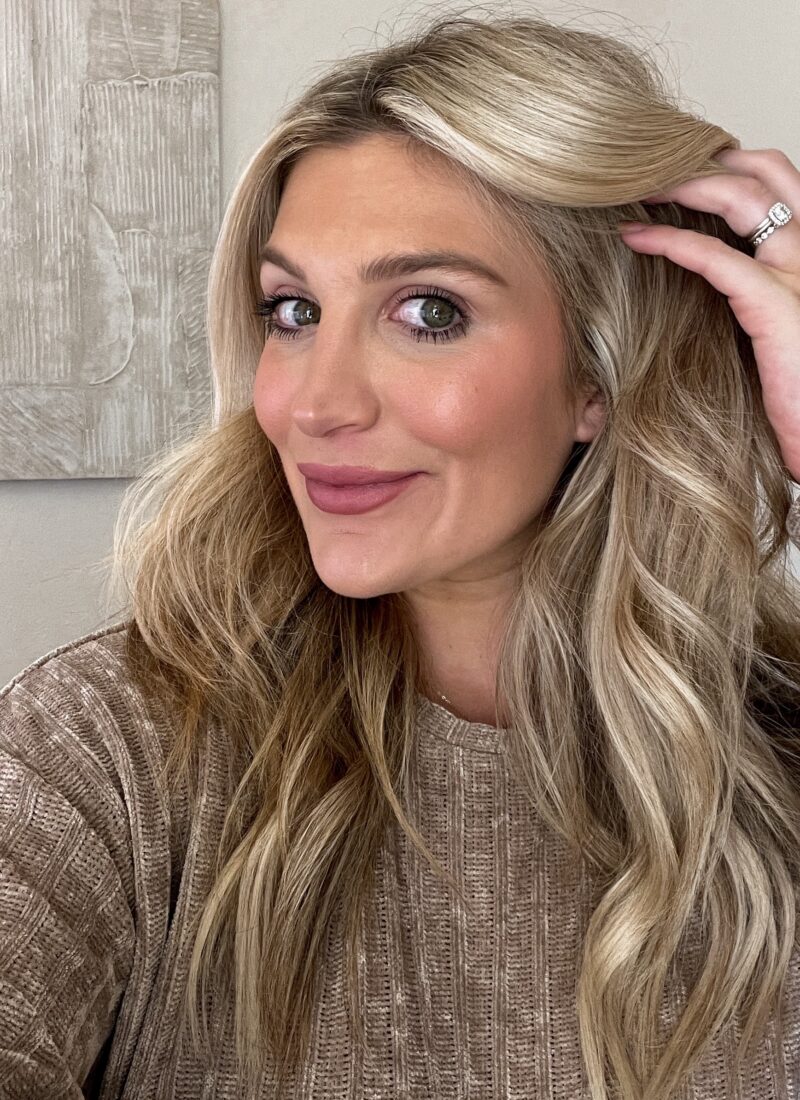 2022 Sephora Holiday Savings Event: What I Recommend + Am Buying 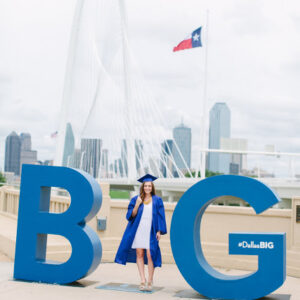 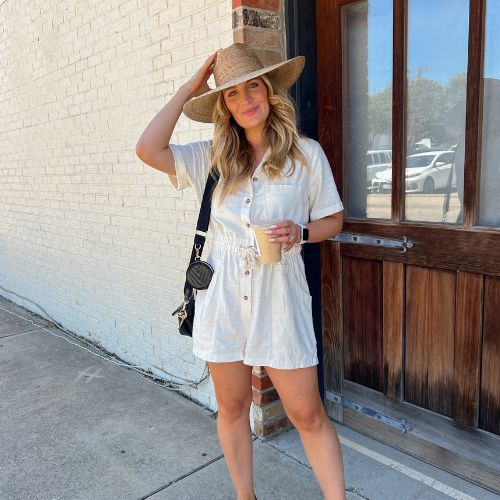 Hi friends! SO happy you're here. My name is Audrey and I'm a twenty-something gal living in Dallas, TX. Stick around, I share a little bit of everything around here!

The perfect Holiday scent in a bottle! 🎅🎄 #a

Ezra’s nursery reveal 🤍 I had too much fun br

1st day of December calls for a comfies try on fro

Feeling merry 🌲and the teeth are bright this ye

style the bump dump 🤍 Outfits from the past 10

Checking things off my “do before baby” list t